It’s been a year since NatWest launched a Spending feature within its award-winning mobile banking app. In that short time, it has empowered millions of its customers to take control of their finances and ‘get better off’, by using Tink-powered open banking technology to create frictionless services and insights. We talked to the Retail Bank’s Chief Digital Information Officer, Wendy Redshaw, about what it takes to build the UK’s leading digital banking service – and how its customers are reaping the benefits. 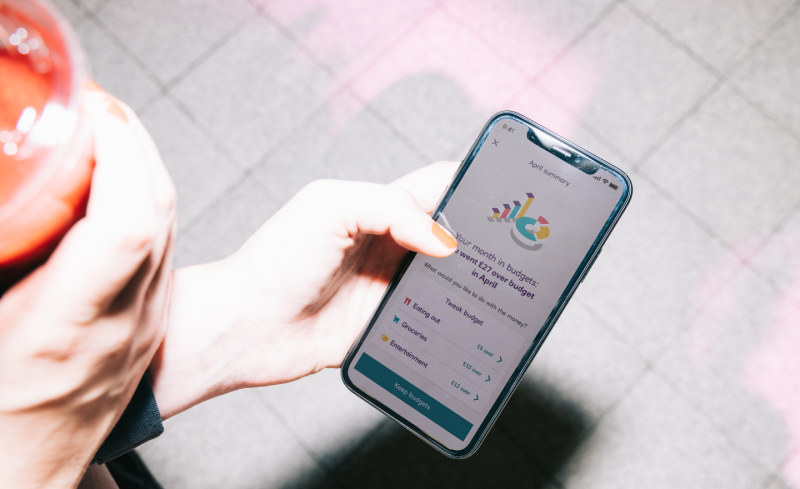 Since its creation at the end of November 2019, the stats behind NatWest’s Spending feature have been strikingly impressive: 5.5 million NatWest customers used the Spending feature at launch, with 4 million continuing to use it on a consistent basis – that’s around 40% of the Retail Bank’s mobile banking customers. In July 2020, a personalised and actionable newsfeed was added to the mobile app, which has delivered 5.6 million insights to customers – and those customers have taken action on a whopping 1.3 million of them.

It’s no surprise that NatWest was voted best bank for digital experience in Forrester’s 2020 global accolades, and came top of the list in Insider Intelligence’s consumer vote for the most desirable mobile banking features in the UK.

So what is this Spending feature, and why is it so popular with NatWest’s customers? The Retail Bank’s Chief Digital Information Officer, Wendy Redshaw, talks us through her ‘cauldron of innovation’.

Under the bonnet of the app

‘There are essentially three parts to the service’, says Wendy – ‘categorisation, budgeting and insights.’ So let’s take a quick look at all three.

Categorisation takes users current account transactions and sorts them into one of twelve spending categories (such as bills, transport, groceries and eating out), giving NatWest customers a clear picture of how they spend their money, letting them re-categorise their spend if desired.

Tracking their spending habits is then made simple by letting users add a budget to any category, to put them in control of what they’re spending and to help them save more.

This is then tied together in a newsfeed that greets the user when they open the Spending feature, offering an overview of their recent spending and how they are doing against their monthly budgets, providing insights to help them stay on track and meet their savings goals.

Powered by Tink’s technology, the user gets a frictionless experience, with all of the heavy lifting done in the background, making it simple for people to manage their money in a way that isn’t a drain on their time.

‘Customers expressed that they felt they were not on top of their money’ said Wendy. ‘The feeling of money slipping through their fingers, of not being sure of where it had all gone. We wanted to get on the front foot with that and to help show our customers exactly where their money is going. Sure, they could have worked it out from scratch by going through all of their bank statements, but we wanted it to be something that is more accessible for customers than that, and to provide helpful options and suggestions that could even change their spending habits just a bit, to help people become financially better off.’

The vision for NatWest’s Spending feature was born, with the idea of starting small, and taking the time to test, tweak and personalise the service to meet customers’ needs. ‘When we first launched the Spending feature people really responded to it, but it certainly wasn’t perfect in the beginning. It was something that we wanted to work together with our customers on – rather than aim for perfection from day one and launch at some distant point in the future.’

So NatWest started by launching a minimal version of the service, that would gather customer feedback and keep development on the right track. ‘That initial customer interaction definitely helped us build a more meaningful product feature in the long run.’ said Wendy.

‘During those early days there was a lot of focus on how transactions were being categorised, and making sure those categories worked for the user. We didn’t want “perfect” to be the enemy of the “good” – we wanted to get customer feedback to be sure we are delivering something that they would value, and we work in an agile way to continuously improve accuracy and continuously evolve to meet customer needs.

‘We have 16 million customers, with millions upon millions of transactions every day on a huge variety of items. Categorising the items in the way that mattered most to the customer was a really important part of the journey. You could see the evolution and that felt good, and customers felt involved too.’

A cauldron of innovation

When partnering to build the Spending feature, finding a company that could align with NatWest’s values, as well as bringing some ‘outside’ tech to the table, was a priority for Wendy and her team. ‘If you don’t have both then I don’t think it works so well,’ she said. ‘I liked Tink’s attitude of putting ‘imagine, build and iterate’ in its DNA, which is very much where I was going with this project. Open mindedness and working together as one team is really important.

‘As a bank we look towards our partner to work with us collaboratively and bring in fresh perspectives. Both sides bring a lot to the party. Tink brings a wealth of experience in open banking, personal finance management and getting insight from data – alongside deep connectivity. And when you add that to what NatWest Group brings, which is more than 200 years of financial expertise, close relationships with customers, and a deep understanding of their expectations, you get a ‘cauldron of innovation’ that has real value. 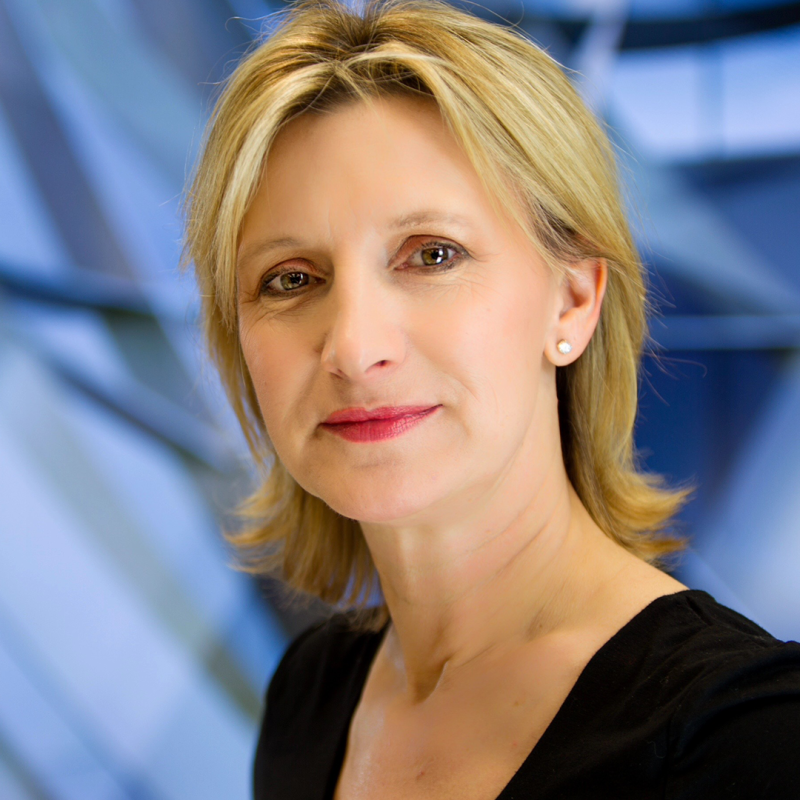 ‘You can have a good idea, but if it doesn't generate value for our customers it’s just a good idea. If you can get that idea to also generate value for customers then you’ve got a great idea. Tink was able to leverage the customer-centric drive we had and help provide a service that met those customer needs in a climate of increased digital adoption. It was like the perfect non-storm.’

Connecting the digital and the human

Ultimately, the most important aspect of all of this innovation is whether it does what it says on the tin. It’s clear that customers are using the Spending feature on a regular basis, but is this evidence of the value that users are getting from it, and if it’s really changing behaviour?

‘From the underlying data, you can see how people are saving and if they are saving more,’ says Wendy. ‘But there are multiple factors. Because of the extreme situation we’ve had with the pandemic, people can’t go out and spend money as easily, so we can’t compare what has happened in the last year to what happened before, and simplistically use this as evidence of how people’s behaviour has changed.

‘But we do see situations where the Spending feature makes a real difference to people’s lives. We’re seeing incremental changes, in the amount the app is really being used, not just looked at, but being used. And people are taking action, themselves, to budget and set aside money.

‘Knowledge is power, and the Spending feature gives our customers a deeper understanding of their daily spend, categorised in a pragmatic and visual way, to help them take control. Through this, customers have been able to analyse their own data and come to realisations that might not have been obvious to them otherwise.

‘A good pre-pandemic example is a customer who wanted to save for a down payment on their first home, but felt it was something that didn't seem possible or affordable to them. After using the spending feature they were shocked by how much money they had been spending, regularly, on eating out. In their minds they had only thought of restaurant spending, but the Spending feature helped them to realise that takeaways, coffees, and lunch at the office, were also in that category. It was a real eye-opening experience. So, by making small changes in their spending habits, they were able to save £500 per month towards the goal of buying their first home, and we were able to help them explore different types of mortgage options.

‘Being there on the journey with our customers when it matters most is what connects the digital with the human part of our business.’

Interested in the opportunities that open banking can bring to your business? Check out what you could build with Tink.

Tagged with:
Use cases 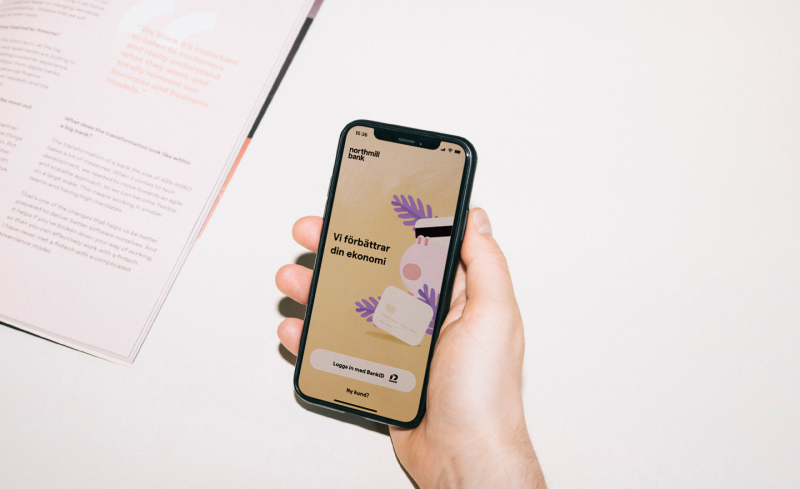 How Northmill is using Tink to streamline banking

Northmill is on a mission to build personalised banking services that improve people’s finances. By plugging Tink’s open banking technology into its app, Northmill will deliver a seamless and relevant customer experience. 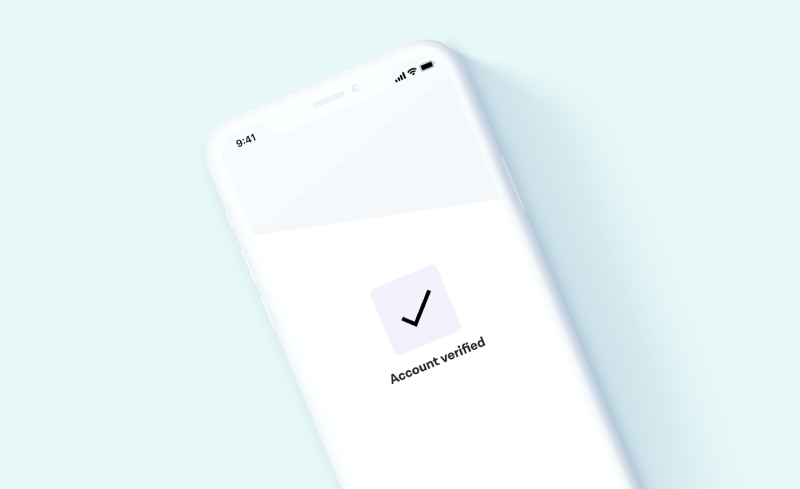 What is account verification, and what is it good for?

When charging or paying out customers, businesses rely on them to provide their account details. But people can make mistakes – or try to commit fraud. Thankfully, account verification can save everyone a lot of grief. 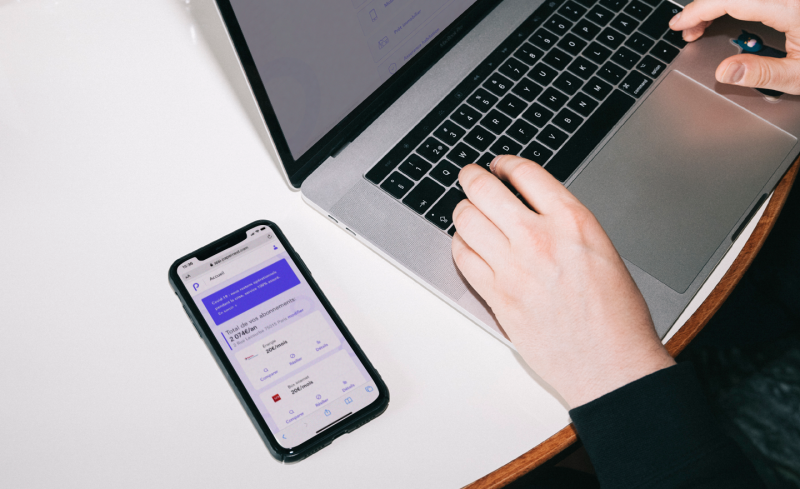 How papernest is removing the pain of paperwork using open banking

papernest built a platform that makes subscription management effortless – and it already has more than 600,000 users across Europe. Here’s how it's using open banking to deliver a seamless user experience.